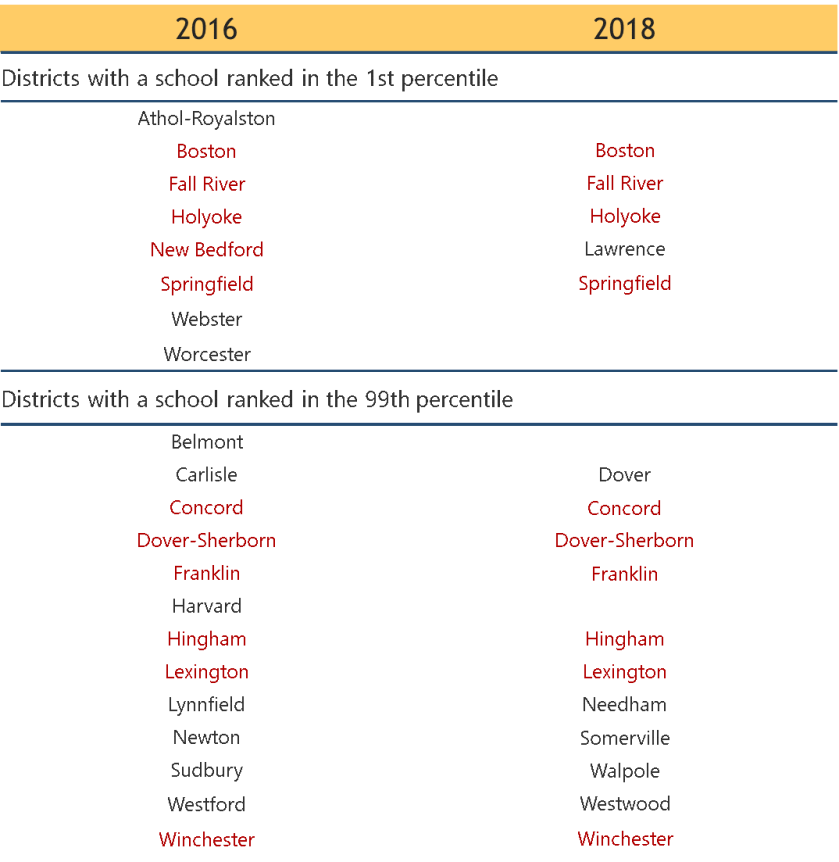 In Fall 2018, the Massachusetts Department of Elementary and Secondary Education  (DESE) announced the first accountability designations based on the new system required under the federal Every Student Succeeds Act. The new system has different indicators, measures and calculations, but still uses ranking and determining whether targets were met as the basis of the designations.

Schools received accountability percentiles based on the combination of rankings on various measures. The chart above shows the districts with a school ranked at the highest and the lowest percentiles in 2016 – under the old system- and in 2018 – under the new system. Districts in red appear on both the 2016 and 2018 lists.